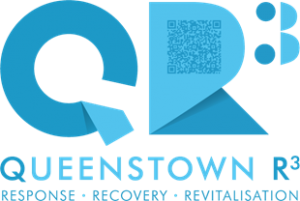 Fulton Hogan is teaming up with Beca, Downer and WSP to deliver major transport developments in Queenstown, beginning before Christmas. The Alliance team is known as QR3 – the three ‘R’s being for Response, Recovery and Revitalisation. It’s officially The Wakatipu Transport Programme Alliance.

Pre-construction manager Grant Sime says he’s ‘in awe’ of the work done by the team, led by Project Director Edward Husband, in bringing the parties together in quick time. He says reducing car congestion in and out of Queenstown in favour of buses and ‘active transport’ will affect everyone.

“It’s about trying to get people to think differently – not just to drive into town and try and find a park but, instead, to enjoy the experience of the bus ride. This will be a mode shift for us, too, when you think about the number of Fulton Hogan utes travelling daily into Queenstown.”

Grant says the interaction with local retailers will be particularly important:  “The stakeholder management team has an absolutely key role in guiding retailers through a period with considerable change going on around them.”

Leading construction and infrastructure company, Fulton Hogan, has announced a...