Building on the success of the initial Melbourne Renewable Energy Project (MREP) to facilitate power purchase agreements for businesses across the city, Fulton Hogan has joined a group of Melbourne’s most prominent universities and businesses to support renewable energy.

“This project could lead to university buildings, office buildings and manufacturing facilities, such as our local asphalt plants and quarries, being powered using renewable energy.”

The initial Melbourne Renewable Energy Project (MREP1) was the first time in Australia that a group of large scale energy users collectively purchased renewable energy through a group purchasing model. The project led to an 80MW, 39-turbine wind farm being built near Ararat. This second Melbourne Renewable Energy Project (MREP2) aims to purchase approximately 113 GWh of energy, which is enough to power more than 25,000 households for a year, from a large scale renewable energy project in Victoria.

The agreements are facilitated by the City of Melbourne, a founding partner of Sustainability Victoria’s climate change pledge program – Take 2.

“When Fulton Hogan committed to TAKE2 in 2017 we pledged to investigate renewable energy options. Now the MREP2 project will enable us to do more than just investigate an option; along with the partner organisations we have the opportunity to source our Victorian electricity needs from renewable sources, supporting the renewable energy sector and reducing our carbon emissions by approximately 6,000tCO2 per year.”

The tender is seeking supply of renewable energy from a new or existing generator within Victoria for up to 10 years. The call for response to the tender is the first in a series of key project milestones that will take place.

Once the winning tender is selected, each member of the purchasing group will enter into a separate long term electricity supply contact for renewable energy.

Our Road to Success women graduate 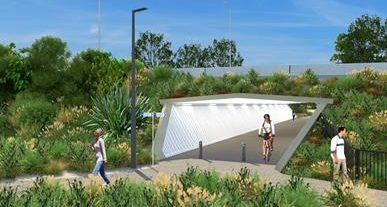